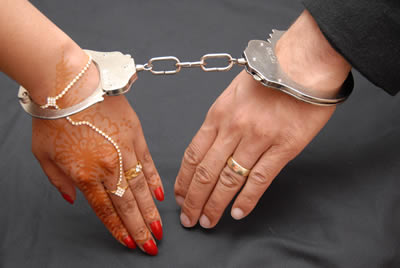 Led by forced marriage expert, Solicitor Shenaz Ahmad, the Family team at Ahmad & Williams assist people affected by forced marriage. They help individuals to obtain Forced Marriage Protection Orders or other court orders that provide legal protection from being made to marry against their will.

What is forced marriage?

Forced marriage is where pressure or abuse is used to force someone to marry without their consent. It is a practice that can affect people of all backgrounds, including children and adults, men and women. It is internationally recognised as a violation of an individual’s human rights and may be considered a form of domestic or child abuse.

There are several ways an individual may be forced to marry including:

A forced marriage victim may also be subjected to emotional blackmail including threats of bringing dishonour on their family.

Are you worried about being forced to marry?

Potential victims of forced marriage are protected by the Forced Marriage (Civil Protection) Act 2007, which made it illegal to force a person into an unwanted union. This made it possible to apply to the court for a Forced Marriage Protection Order (FMPO). An FMPO can impose restrictions on the people who would try to force you to marry. Under legislation introduced in June 2014, breaching an FMPO is now an offence punishable by up to 5 years in prison.

Since June 2014, it is also a crime to force someone to marry. If a parent is found guilty of forcing their child to marry they may be imprisoned for up to 7 years.

If you are worried that your parents or another relative may force you to marry, you should seek help as soon as possible. There are several helplines you can call for practical advice on forced marriage problems. You can also contact a specialist forced marriage solicitor who can provide legal advice and support as well as make an application on your behalf to obtain a Forced Marriage Protection Order.

It is important to note that a person cannot consent to an arranged marriage if they do not have the mental capacity to make such a decision. If you are worried that someone you know who lacks mental capacity may be forced to marry, you should seek advice immediately.

Legal Aid is available for forced marriage problems. Depending upon your circumstances you could be entitled to free legal advice and assistance. If you have concerns about a forced marriage and would like to talk to someone in confidence, call Shenaz Ahmad on 0121 328 4282.

The Government’s Forced Marriage Unit provides practical support to those at risk of being forced to marry: https://www.gov.uk/guidance/forced-marriage

Karma Nirvana is a charity providing practical advice and support to victims and survivors of forced marriage and honour-based abuse: http://www.karmanirvana.org.uk/